For more information about the acts, click on the

www.slwise.com.au for the Ten Cent Shooters 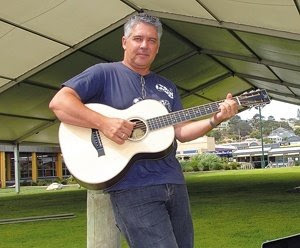 This is Rod Vervest. Not only is he the driving force behind HarbourSound, he sings and plays guitar like a genius.

One local paper, the Weekender, has coverage on the net.
You want more, go here.

OTHER NEWS:
MC for the Saturday and Sunday shows will be this man: 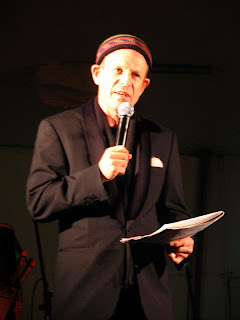 He's not much, but he's all we could afford. 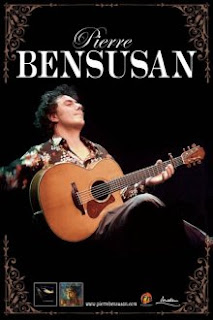 Pierre Bensusan (France) is a guitarist, singer, and composer who constantly explores the depth of his own voice in a way that transcends his instrument. In doing so, his music seems to come from a source much greater than the hands and voice of one man.

Bensusan's compositions often start with melodies inspired by folk traditions. He develops these ideas into compositions of astonishing complexity, creating beautiful and sensuous sounds with a sense of orchestration that goes far beyond what is generally thought of as guitar music.

His pieces commonly feature syncopated rhythms, unusual time signatures, and complex harmonic structures. Any guitarist who has tried to learn one of his tunes will attest to the technical challenges presented by his music.

Pierre Bensusan can be recognised as one of the most eloquent and diverse world musicians of our time. His solo concerts take the listener throughout the palette of emotions, between anxiety, serenity, and deep joy, Bensusan weaves together music from many lands and times in history.

There is a sense of something both playful and serious in his work, an unparalleled sense of freedom in his compositions and his improvisations. Freedom, the spirit of jazz incarnate, is Bensusan and the music he channels without any apparent boundaries.

A composer, a brave improvisational vocalist, melding whistles and resonant low notes with something like his own scat technique. Of all the guitarists in the world, Bensusan is considered to be one of the greatest steel string guitar players of our time.

Special Guests Miles to Go Trio (Australia) will join Pierre for a magical evening of world class music. This is truly a concert not to be missed.

"Listening to Pierre Bensusan is rejuvenating. Beside his extraordinary touch and tone, the notes and melody appeal directly to the tender side of our human nature" - Steve Vai.

"No other guitarist shares his strange gifts of sophistication, accessibility and downright joy. Even at its most complex, Pierre's music only needs ears to be enjoyed" - Leo Kottke.

"One of the truly gifted musicians of our time - he plays the guitar as if it were the very soul of himself" - George Winston.

Tickets $30
Festival Special - buy tickets for Friday and Saturday night's concerts (in the one order) and receive a $5 discount per ticket. Only available by phone or in person. 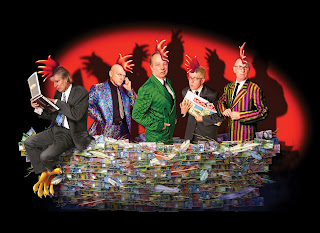 Idiosyncratic tunes that will make your jaw drop, toes tap and sides split. There is no safety net at a Mic Conway gig! Musical mayhem and magic, educational and inspiring, a must see for kids of all ages!

The Undesirables (Canada) are a refreshing and infectious songwriting duo who kick out heat like an old wood stove. Passionate vocals, harmonies and great acoustic guitar work combine in original soul, gospel and blues tunes. Imagine Tom Waits and Charles Dickens sharing ale-drenched stories and you might get close.

Tickets $30
Festival Special - buy tickets for Friday and Saturday night's concerts (in the one order) and receive a $5 discount per ticket. Only available by phone or in person.

Free entry on the day, no tickets required.